Robert (Bob) Fenner has “lived” the science, hobby and business of aquatics in the Philippines, Japan and United States. He has worked with all phases, as collector, wholesale, jobber, retail, design, construction and maintenance. This includes all levels… manager, owner, hatchery worker, retail clerk, and technician.

After teaching high school sciences for four years, he has worked all his life in the field of ornamental aquatics. Academic experience includes 15 years of college, a couple of life science degrees and a teaching credential for chemistry, physics and biology. His published works include several studies on aquatic biological and chemical questions, and an extensive publishing and photographic background in the industry and hobby of aquatics.

Bob has been an avid aquatic hobbyist since day one and is active in hobbyist and scientific organizations. He has served on numerous Boards, judged shows and given many programs. He has had several articles published in Tropical Fish Hobbyist, Reef and Coral USA, and Freshwater and Marine Aquarium magazine. He has also authored and co-authored many books, such as The Conscientious Marine Aquarist, A Fishwatcher’s Guide to the Tropical Marine Aquarium Fishes , and Natural Marine Aquariums Reef Invertebrates.

http://www.wetwebmedia.com/faqstobeplaced.htm
Also published are his several hundred articles on hobby, business, and science of ornamental aquatics and diving topics. These also include many periodicals in several languages. Bob is also well known as an online aquatic consultant at the forum www.WetWebMedia.com Being retired keeps him very busy touring World-Wide. He has been a Scuba Diver for thirty years, and recently helped set up a Collecting Station in Fiji. This event is presented through the Pacific Northwest Marine Aquarium Society. 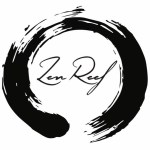